British Brass Bands in Malta in the Mid-nineteen Eighties:
A Stage of Development (Simon Farrugia)

Malta is an archipelago in the Mediterranean Sea and although small in size, it has a rich culture and a great heritage, such as its prehistoric temples. The country reaches its peak in summer, with thousands of foreigners visiting the island. Malta boasts an array of traditions, ranging from folk music and wind band music to a strong tradition of sacred music and locally produced modern pop music. The Maltese banda is rooted in Maltese society, having a history of more than 150 years of existence, which is still present in most Maltese villages. In the majority of the localities, one band club was not enough since one finds the second, not to mention the third one, in certain cases. This tradition is still vital for many fervent band aficionados, which may be observed in the amount of partitarji tal-festa (lit. trans. feast supporters) who engage in preparations during throughout the whole year, particularly for the annual feast in honour of their patron saint.

Throughout the years, the Maltese banda tradition has undergone several changes. The early development of Maltese wind bands was strongly affected by the political turmoil of the Italian Risorgimento as well as the impact of British military music and musical practices through the presence of the British forces in Malta. During the turbulent political upheavals of the Risorgimento in the nineteenth century, Italian refugees and exiles sought shelter in Malta. Some of these were intellectuals, journalists, and writers, who contributed with their knowledge to local culture, especially in the fields of literature and music. The presence of the British bands after the turn of the 1980s introduced several changes and innovations in the Maltese wind band tradition. The Maltese banda started to find the right balance between the trends of the old generation and new aspirations. So, what was the stage of development in the Maltese wind band tradition?

The late major mayor of Żejtun (a city in the south south-eastern region of Malta) Joseph Attard, who during the 1980s occupied the position of Director of Culture within the then Ministry of Foreign Affairs, was responsible for establishing cultural agreements with other countries, and organising cultural activities both in Malta and within the framework of international cultural exchanges. He took various initiatives, including the organisation of concerts and masterclasses in Malta by several British bands.

A number of masterclasses and events were organised during this period, for instance Guitar courses, Korean Troupe Shows, French Choir, Jazz course,and also Korda Jazz (String Jazz). Along with these, one may also add the several concerts given by the above bands, especially in summer during Maltafest, an international arts festival organised by the Culture Division headed by Attard. Maltese bandsmen I talked to still remember attending masterclasses delivered by these visiting bands, mostly on brass instruments. These informants remember the importance that the British tutors gave to lip flexibility exercises and proper intonation. Due to the smallness of the Maltese islands, these technical exercises and emphases soon spread amongst local band players and, in some band clubs, even became exercises for daily practice.

With the late Joseph Attard (left) after an interview at his office in Żejtun, mid-December 2016

Amongst the invited British bands, it can be observed that after the 1980s, the Jubilee Brass (Oxford) Band, the Eynsford Concert Band from Kent, and the Brilliant Brass performed in Malta. These bands were not only brought to Malta to perform concerts, but they even delivered masterclasses. The Jubilee Brass (Oxford) performed in 1983 and the outstanding symphonic wind ensemble, the Eynsford Concert Band, performed on the 1st of April, 1986. This wind ensemble was invited by the culture section of the Ministry of Foreign Affairs Culture and Youth, together with the cultural association of two Maltese localities, namely Paola and Tarxien (two towns in the south-eastern region of Malta). In 1986, this band performed in several venues across the islands. Notably, the Brilliant Brass was invited to perform in Valletta, the capital city of Malta, on the 8th of August, 1988.

Some of these bands started to introduce modern musical pieces in their repertoire, such as arrangements of popular songs, film music, rock songs, and other musical styles. This mirrored the efforts of local band composers to fuse contemporary musical ideas with traditional Maltese band music in innovative concert compositions. Several new instruments, for example the drum kit, the synthesizer, and the electric guitar, were also introduced in Maltese band concerts, thereby expanding the instrumentation of the traditional Maltese banda.

These organised concerts, held during the mid-1980s, presented a new platform to the Maltese wind band scenario. Shortly after, both individual and collective minds started to adapt what was discovered in the tradition during this emerging wave. 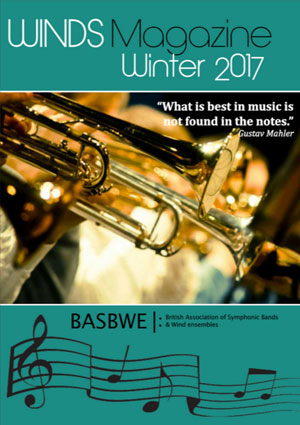