In the summer of 2012, Shea Lolin curated an exhibition for Morley College, London on the complete wind music of Gustav Holst. Since then there has been much interest in the material from this exhibition so the material has been collated into a book due to be published in April 2015.

Gustav Theodore Holst wrote thirteen works for wind instruments which encompass three decades of his life. They include six works for military band, three chamber works, a piece for brass band and three arrangements of his other compositions.

The publication is an assessment of the pieces written for military band in the context of Holst's double life as a composer and educator. Drawing together material from the BBC, British Library, Royal Academy of Music and Royal College of Music, this booklet will proveto be a useful resource for wind players as well as a fascinating read for the enthusiast. 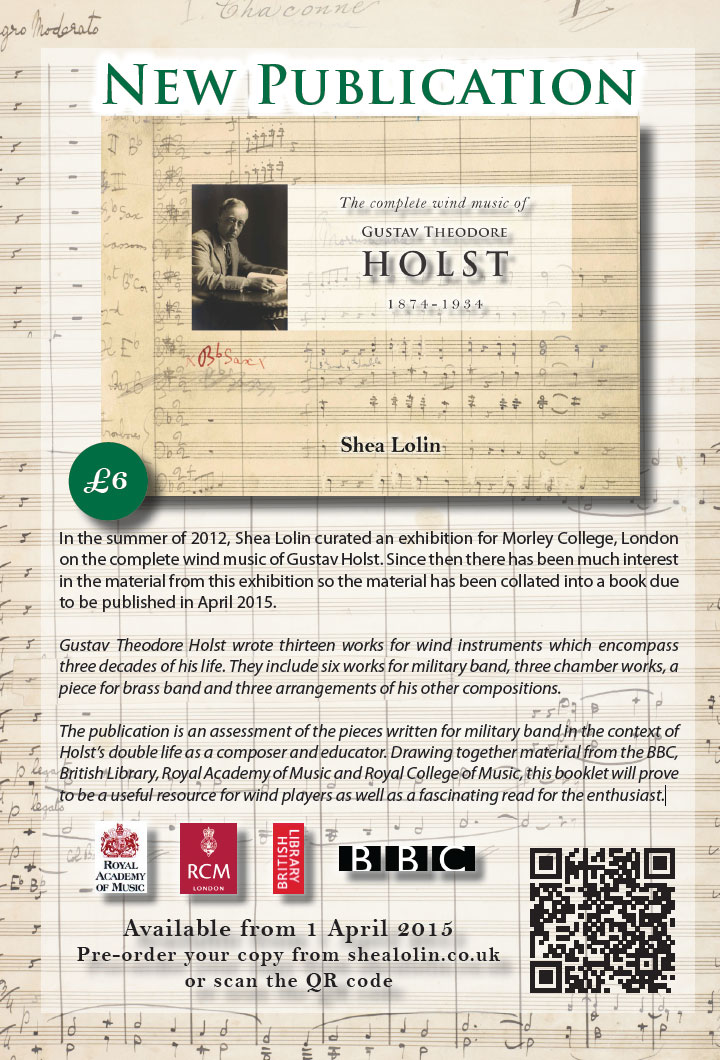